We pay tribute to our beloved Patron, Marianna Viscountess Monckton of Brenchley

Lady Monckton was a passionate and dedicated supporter of our Hospice and we are forever grateful for her time, energy, friendship and wise counsel, given over so many years.

Shortly before our Hospice building was opened Lady Monckton was asked to be our Patron and she had been so ever since. Over the years and decades, she has been extremely generous, not only with the amount of time and support she has given to the Hospice, its patients, colleagues and volunteers but also with the money she has raised through hosting events, introducing us to her friends and from charitable trusts.

Every Christmas Day without fail Lady Monckton would come into the Hospice and give out homemade mince pies and throughout the year she would often pop into the Hospice, have lunch in the café and wander around visiting patients and listening to their stories.

There are so many happy memories and outstanding events from her time as our Patron. From planning our official opening in 1992 in which she was successful in inviting Diana, Princess of Wales to visit and officially open the Hospice, to attending the annual Lady Monckton Awards to pay tribute to our colleagues and volunteers for their long service and loyalty.

Spending time in Lady Monckton’s company was endlessly fascinating. She had a remarkable and interesting life with many tales to tell, some of which went back to her husband’s father, Sir Walter Monckton, who was an adviser to Churchill and friend and legal adviser to Edward VIII. 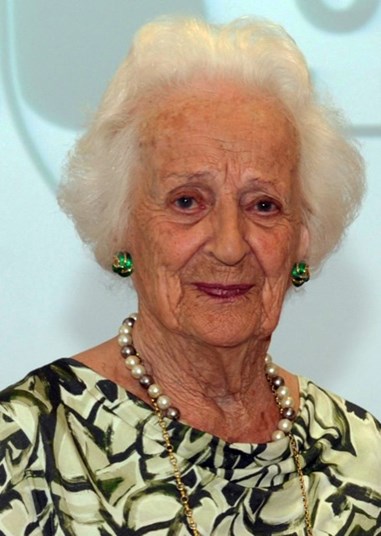 “Lady Monckton was a woman driven by duty and loyalty to the causes she supported. She was immensely funny and engaging, full of passion and compassion. She was utterly dedicated to the Hospice and cared deeply that it prospered” Rachel Street, Chief Executive