What was Elmer’s Big Heart of Kent Parade?

The trail ran from Saturday 19 June until  Sunday 22 August 2021 and the uniquely decorated Elmers delivered a ton of fun and laughter over the summer and attracted local residents and visitors from far and wide to discover, and re-discover the town, making art accessible to all.  Each Elmer was sponsored by a local business or organisation, making the trail deeply rooted in the local community.

Following the colourful Parade, a spectacular auction on 9 September saw 51 stunning Elmer sculptures go under the hammer to find their forever homes; at the end of the auction a surprise blank Elmer was unveiled and auctioned off.

A staggering £312,750 was raised for the Hospice when the large Elmers were auctioned by Clive Emson Land and Property Auctioneers at the Mercure Great Danes Hotel. The eager and enthusiastic crowd, including some telephone and proxy bidders, also drew interest from overseas with two Elmers finding their forever homes in Spain and America.

The wonderful eye-catching art trail across Maidstone town sadly came to an end on Sunday 22 August, but there was one last chance to view all 82 unique Elmers in one location at the ‘Farewell Weekend’ which took place at Lockmeadow, Maidstone between 3 and 5 September 2021 before the 51 large Elmers were auctioned on 9 September.

There were one-hour time slots to view the Elmers at the ‘Farewell Weekend’ starting from 10:00am, with the last time slot at 4.15pm. The first hour of each day was dedicated to visitors requiring a quieter calm environment.

A survey commissioned by Wild in Art shows that the trail was enjoyed by 230,979 visitors – with 61% spending four days or more in the area finding all the Elmers. The Parade had a total economic impact of just over £7 million.

An impressive 19,302 miles were recorded on the App pedometer by visitors out exploring the trail, with many highlighting the trail as being a great reason for spending more time out in the fresh air with their friends and family.

Over two thirds of visitors enjoying the trail were from Maidstone, but the event also bought in visitors from further afield including from other areas of Kent, the South East and London.

Ann-Marie Kelly, Heart of Kent Hospice Director of Income Generation said “We’re delighted to see that 98% of local residents were really proud to have the trail taking place in their town. We’re also pleased to see the trail attracted visitors of all ages with 56% of people surveyed telling us it was the main reason they had visited the town.  78% of people also said they stayed longer in the town because of the Parade and 50% extended their stay by more than one day to enjoy the trail. When we planned the location of the Elmer sculptures, we wanted to showcase all areas of the County town and a brilliant 53% of respondents said they visited new places.”

Over 1,300 people who took part in the trail responded to the survey and this also revealed that the average time spent on the trail was just over 4 hours, and 45% of visitors enjoyed the whole trail.

Charlie Langhorne, Managing Director and Co-founder at Wild in Art said “We’re delighted to see the figures from the evaluation, along with the incredible amount raised at the auction. Our trails are designed to get the public to explore their local area, visit places they might not have been to before whilst spending time together, getting some exercise and having fun. After a difficult 18 months, it’s great to see that the trail has enabled people to enjoy Maidstone again and also encourage visitors to the area. Thank you to each and every one of you that has visited the trail and supported Heart of Kent Hospice”.

Where are they now?

We love seeing where our Elmer's have ended up. Surprisingly, not only have the Elmers found homes across the UK, but some have found homes further afield with ‘Sunset Plains’ now in Spain and ‘Elly-do, Elly-don't, Elly-dance’ has been shipped to a new home in America.

To the thousands of you who took part in our trail and bought souvenirs and raffle tickets, our team of volunteer Trailmakers, the incredibly talented sculpture artists, the schools and community groups that created our Learning Herd, everyone who placed a bid on our large Elmers at auction and finally, our incredible Presenting Partner Westerhill Homes and all of our generous Partners and Sponsors - THANK YOU, we couldn't have done it without you!

Elmer’s coming to town this summer and bringing some much-needed colour and joy! 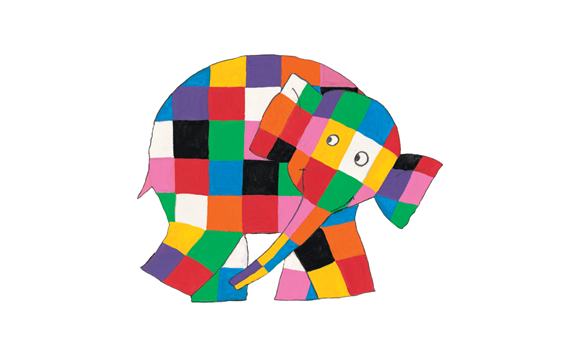 Elmer’s Big Heart of Kent Parade has arrived in Maidstone 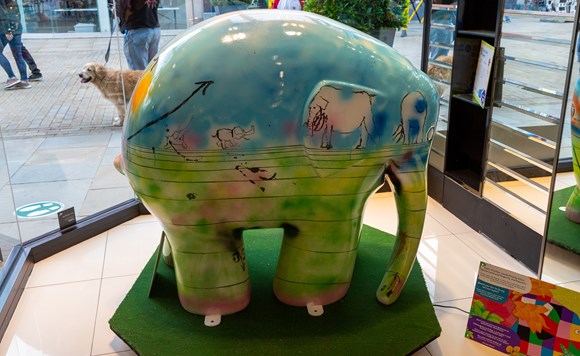 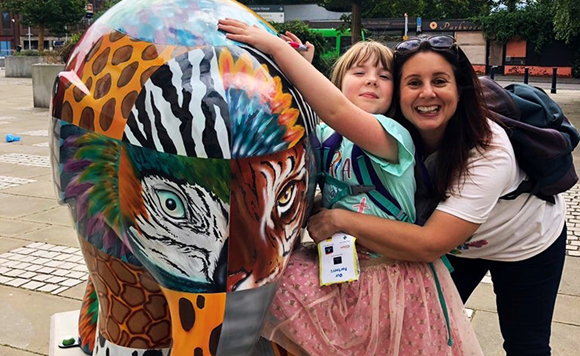 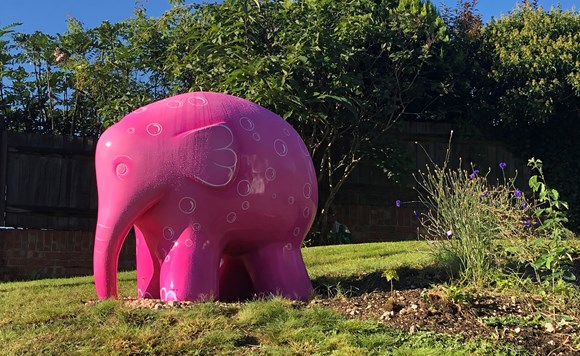